THE SECRETS OF THE TARKINE

A PLACE OF HIDDEN WONDERS

TASMANIA’S MOST INTERESTING STORIES ARE
AROUND HERE

The Tarkine is the largest tract of protected wilderness in “The Edge of the World” region. It is an expansive 447,000 hectare wilderness area of recognised World Heritage significance in Tasmania’s North West corner. The Tarkine is the largest expanse of temperate rainforest in the Southern Hemisphere and one of the last remaining and most significant in the world. A kaleidoscope of pristine rainforest and eucalypt forest, wild rivers, exposed mountains, magnesite cave systems and extensive coastal heathlands. There are large sand dune areas extending several kilometres inland, some containing ancient Aboriginal sacred sites. The Tarkine contains extraordinary magnesite karst systems, including unique cave and pinnacle formations. Rocky headlands provide habitat for a rich array of bird and sea-life, whilst the forest is a home for more than 60 species of rare, threatened and endangered species. The Arthur Lineament is a geological feature in the Tarkine and Tasmania’s most extensive basalt plateau. The region is also recognised as containing some of the tallest examples of old-growth rainforest in Tasmania.

The Tarkine is also steeped in pioneering heritage, renowned for being one of the most isolated and wild regions for early explorers such as Henry Hellyer and Jorgen Jorgenson. Tasmania’s pioneering history is also evident in the historical settlements of Temma, Corinna, Balfour, Waratah, Luina and Magnet.

One of the best things about the Tarkine is that it is accessible, yet remains wild and rugged. Many great opportunities exist to experience the extraordinary natural and cultural values the Tarkine represents. Recreational opportunities in the Tarkine include short and long walking tracks, kayaking, rafting, fishing, photography, camping, self-touring and four-wheel driving, along with wildlife viewing and nature appreciation.

Officially opened in 2015, the Tarkine Drive provides predominately sealed access to the area with its unique flora and fauna, globally significant rainforests, wild river landscapes and dramatic coastlines. Pick up a copy of the Tarkine Drive flyer and map from Reception.

If you are interested in bushwalking then at Milkshake Hills take the short track through manferns and rainforest, or the longer walking track through a succession of rainforest and wet eucalypt forest to button grass plains. Just a 30 minute drive from Smithton and a short 15 minute walk leads you to the interesting geological feature that is the Trowutta Arch. Experience the mossy myrtle forest of the Tarkine on two easy walks at Julius River – or simply relax and enjoy a picnic or barbeque. Enjoy views across the Tarkine to Cradle Mountain on a steep and rough walk at Mount Farrell. This walking track is suited to more experienced hikers.

ARTHUR RIVER & THE EDGE OF THE WORLD

Edge Of The World

The only river in Tasmania which is completely wild – it has never been logged, dammed, or blackened by fire through the rainforest in more than 600 years.

Cruises along the Arthur River are widely acknowledged as one of the most beautiful river journeys available in Tasmania. The rainforest area can only be reached via the river and is home to a plethora of Leatherwoods, Myrtles, Laurels, Celery Top Pine, Sassafras, Blackwood, Tasmanian Oaks and giant tree ferns.

Marrawah is also fantastic for surfing. National surfing events have been held at Marrawah over recent years and the beach is less than an hour’s drive from your accommodation at Tall Timbers in Smithton. This area is enjoyed by locals, and is increasing in popularity with visitors who appreciate the natural beauty of the area.

The Arthur-Pieman Conservation Area is also a great location for recreational activities such as camping, diving, off-road driving, and fishing with easy access to the river, sand dunes and long sandy beaches. Hire a canoe or dinghy from the local Arthur River Canoe and Boat hire – and take a trip up the river at your leisure. A drivers licence, registration and permit are required to drive off road vehicles in this area. Contact the Parks & Wildlife Service for information on the Arthur-Pieman Conservation Area.

Head west on the Bass Highway from the Spirit of Tasmania, and Launceston, Devonport or Burnie Airports to experience this magical part of the world.

Just 15 minutes drive from your accommodation at Tall Timbers, Stanley boasts one of Tasmania’s truly iconic attractions – “The Nut” – a volcanic plug deposited millions of years ago. Visitors can ride the chairlift to the top or follow the path to the top of this geological feature. There are great walking tracks atop the Nut, and all around Stanley so take some comfortable shoes and a jacket…after all Stanley does protrude 7 kilometres out into the Bass Strait, so it can get pretty windy sometimes!

As birthplace and home to Tasmania’s only Prime Minister, Joe Lyons, Stanley is a historic seaside village that will excite and stimulate your senses and with so many things to experience and look at, you will not be bored. Visit the old Cemetery, the Seaquarium, and Highfield House, the old Van Diemen’s Land homestead, beautifully renovated to draw you in to the history of each room and experience the life of the occupants from a completely different aspect.

Later additions by John Lee Archer, a colonial architect, were built over two years to 1845.

It’s easy to overlook, but Dip Falls is one of the most beautiful in the state. It’s two-tiered structure and unique rock formations make it well worth a visit. From the parking area next to the falls in the Dip Falls Reserve, it’s a short walk to a platform with an unsurpassed view out over the top of the falls. Another path leads to the base of the falls and its unique rock formations.

Like other waterfalls, Dip Falls is at its most impressive after rain and is best viewed in winter.

From the car park you can also walk 5 min to the Big Tree in the Big Tree Reserve. The circumference of the tree at its base is nearly 17m and definitely worth a look if you’re here.

Dip Falls is between Stanley and Wynyard in Tasmania’s North West, 27 km up a quiet and mostly sealed road that passes through pleasant countryside.

Both the falls and Big Tree Reserve are suitable for disabled access. BBQ facilities and toilets are provided. 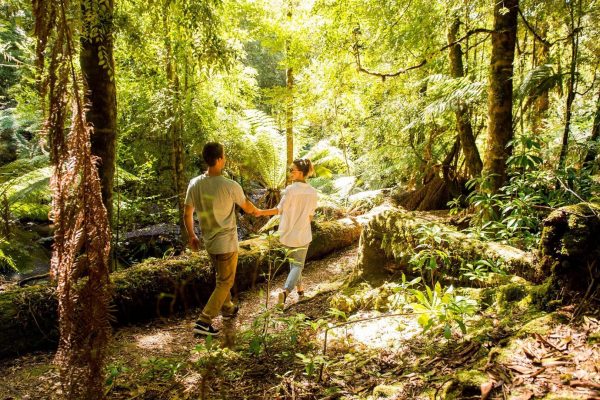 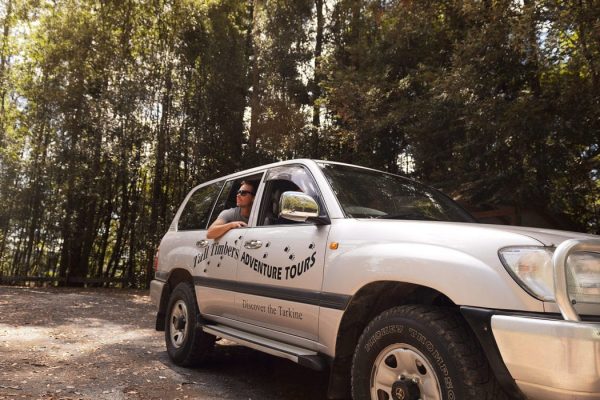 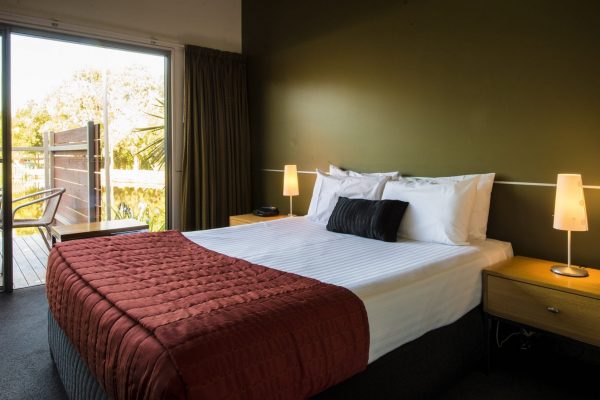 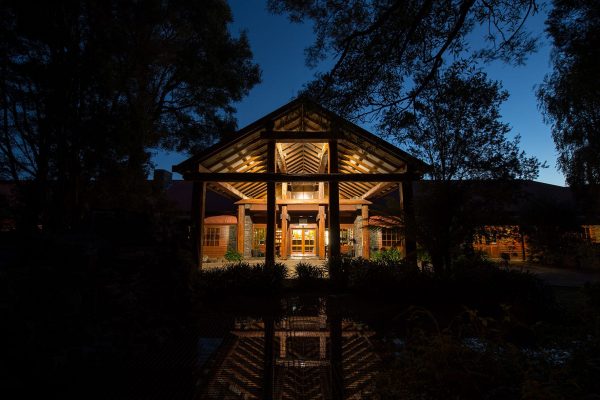 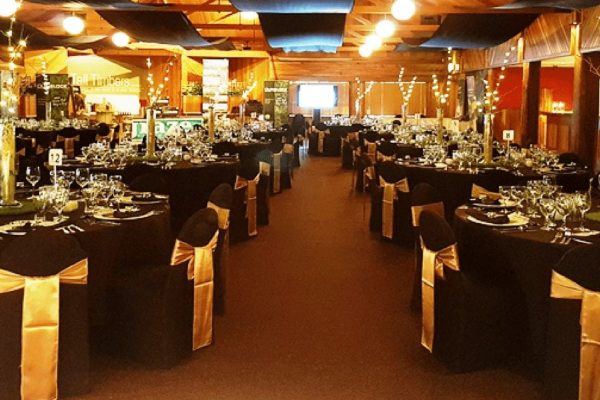 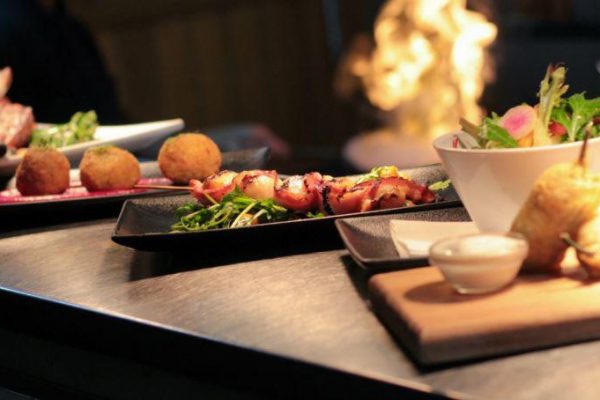 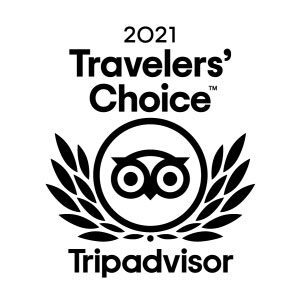 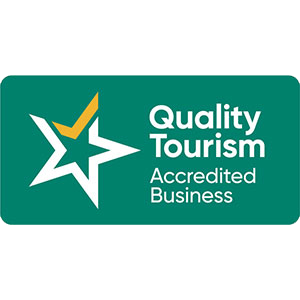 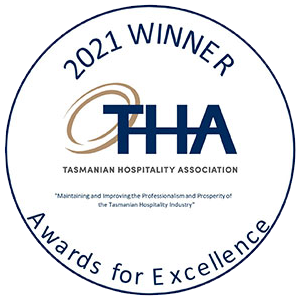 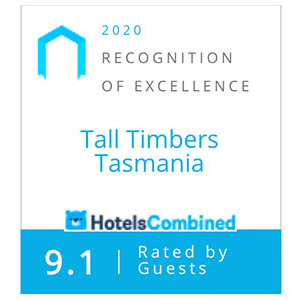 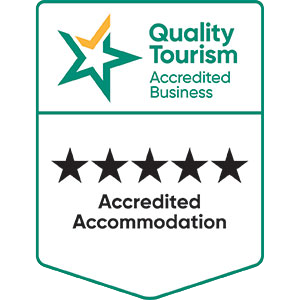 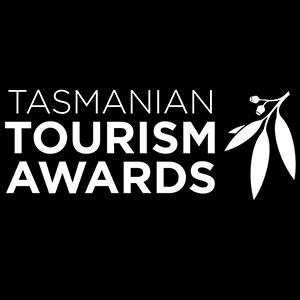